Pallet lumber chicken is one of the very useful items that you can easily build using pallet wood and lumber. It was for the very first time that I built the chicken coop using pallets that I had managed to get from the garage of an industrial unit, which were re-furbished and people were getting those for their DIY pallet projects. I had some extra lumber that I had with me at my home so I used pallet planks and lumber to make a medium size chicken coop. I didn’t want to buy a chicken coop from market as that would have been too expensive for me and I don’t want to spend huge amount on something that I can get in a small amount and can add design with my own choice. 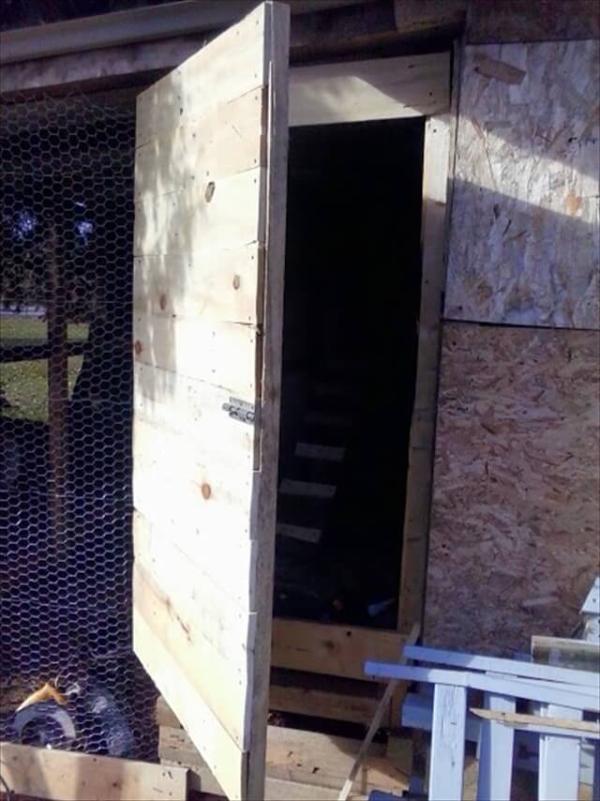 I started working on my project after framing out the shape of the chicken coop. I made the basic frame of the coop using wood from the pallets basically the pallet planks which I already had disassemble. I managed to fix all those planks with the help of screws so that they are being fixed properly. Apart from the frame I used the pallets to make the door of the Pallet chicken coop. I used lumber to make some parts of the chicken coop so that it becomes strong and reliable for longer times. 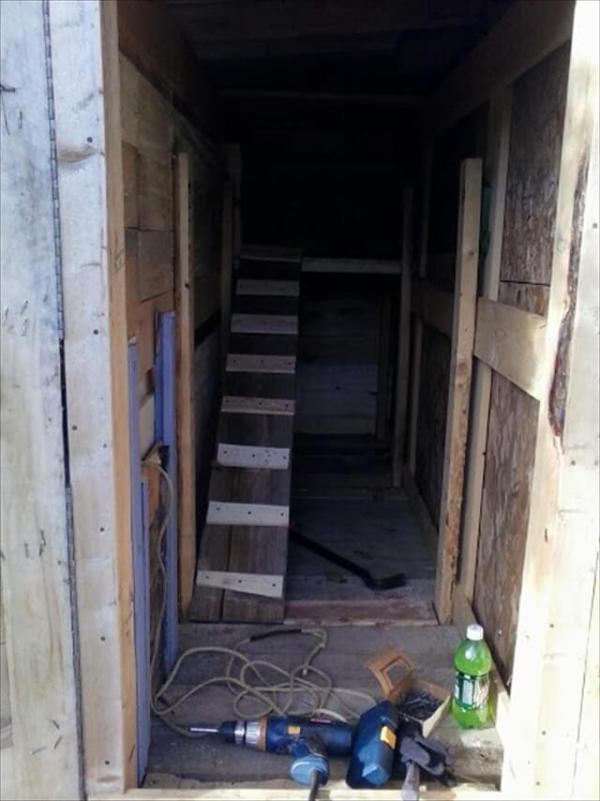 The most interesting thing that I did was to make an adjacent nest box on one side of the chicken coop. I made them as two distinguishing units so that cleaning and repairing becomes easy for me. I used wire mesh to make the nest. The support that I provided to the wire mesh was being done by using lumber so that it sustains for longer period of time. 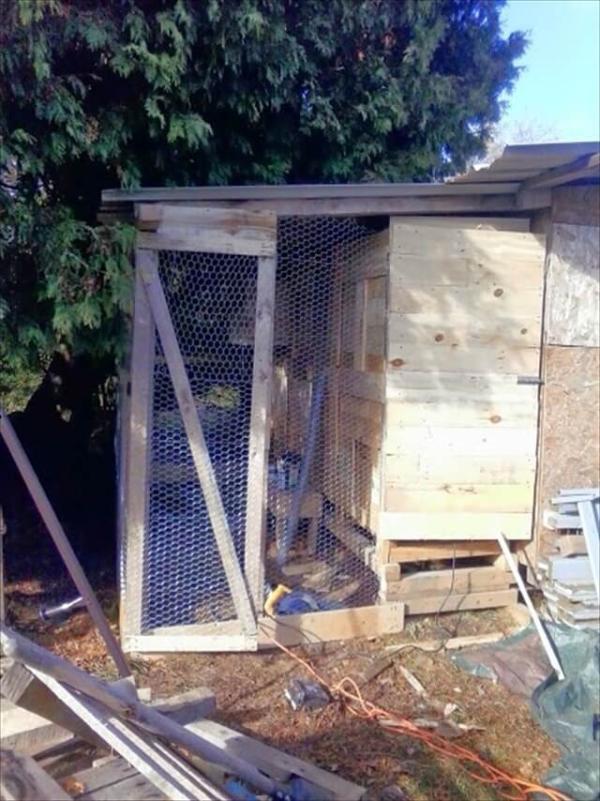 You can see the finished foam of the pallet lumber chicken coop in the pictures. 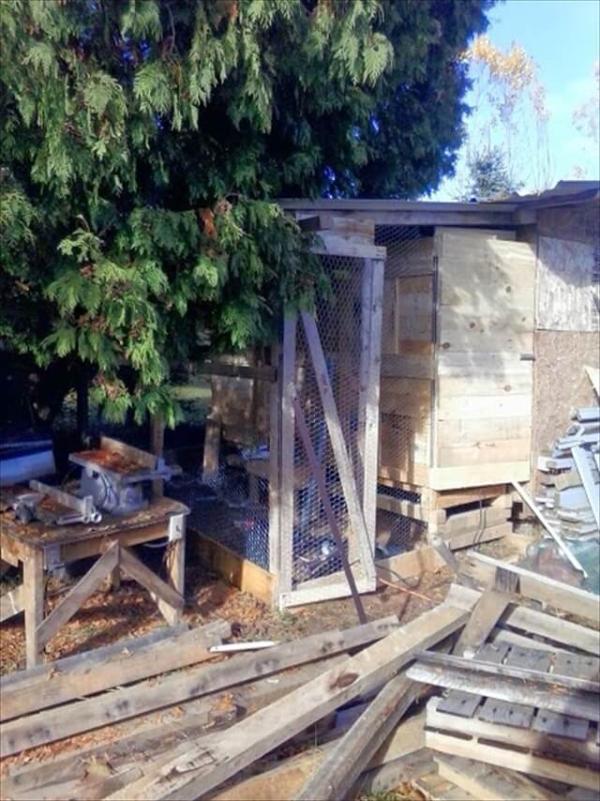